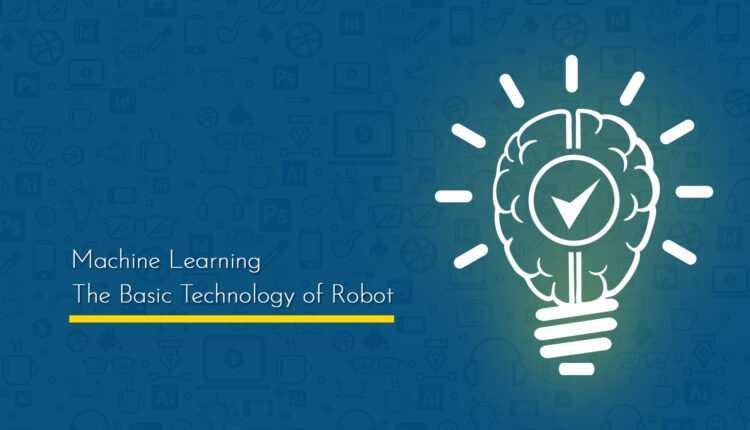 We cant compare Robot with a human being complete. The robot is a great creation of a human being through machine learning technology and artificial intelligence. Also, automation and other supporting programming languages help accomplish the project successfully.

We segment a task in an order of valuable actions with required parameters, keyword, and constraints. Hence, we can execute result with proper action through Robot. Segment tactic makes it simple to teach the robots for new tasks with programming skill. Thus controlling Robot is a significant task.

Reinforcement machine learning has helped a two-legged robot move a bit like a real man, without any training. The expert machine learning programmers and Roboticist together invent the method to enable Robot to run faster.  If its an army robot, they enable it to fire on enemies at a faster rate in a self-defending manner.

Algorithms for massive data through voice

Deep learning helps machine detect and amplify the patterns. We can also say it a deep neural network with several layers of computational nodes. These components work together to fetch and process data and deliver a result in the form of the expectation.

Difference between neural networks and the human brain

Roboticists make neural networks by following architectures of the human brain which is certainly creativity. However, its artificial and works as per ML and artificial programming set by the programmers.

But, the human brain learns everything from living and non-living things and incidents. We believe it as Gods blessing as some people become handicraft from birth or accident. Also, a healthy diet for a pregnant woman, mother and child become the factor of brain development.

Easy to Upgrade and Repair

But, the human brain is completely Gods gift and its very critical to rectify any part of neural or nerve system.

Role of supervised learning for Robot

We know machine learning has three flavors: unsupervised, supervised, and reinforcement. In supervised learning, the machine learns or reads the most common labeled data as per the designed pattern. We can compare it to a sniffer dog that hunts down targets once it confirms the smell coming from.

Thats what youre seeing when you press the play button on a Netflix show-the algorithm will find same type shows. Here, automation technology works for getting some results which the operator looks for.

Here, the data has no labels or arrangements at all in unsupervised machine learning. The machine or Robot just looks for whatever patterns it can obtain. We can compare this with smelling by a dog out of various objects. Next, it sorts them into groups with matched smells. This is not much popular because of observable applications. But, in cyber-security section, it has played a great role.

Its one of the best and latest machines learning tactics. A reinforcement algorithm helps a robot or machine by trial and error methodology to attain a clear goal. The robot uses its fundamental skill and tactics to find out the result.

Unlike our sense organs, Robots have also sensorimotor link to the surrounding that could perform actions. And, it also can observe the results of these actions on the situation itself. This idea is together known as cause and effect, and this certainly is the key to grow knowledge of surrounding throughout our lifetime.

Also, different complex or simple issues can be resolved through Reinforcement Learning, which Robot can learn well without skilled supervision. Hence, We can play games and control problems through Robot well.

Overall, Robot is an agent of the human being through the implementation of Machines, software, and programming. According to our expertise, they perform everything that we ask them. As per our mistakes in programming and machine setting, they may perform many wrong and dangerous actions. So, be careful during constructing and handling Robots. You may save a lot instead of getting more. Thus, only expert and experienced people need to participate in Robot project.

How to Setup Lets Encrypt a Free SSL Certificate